Cancer Control agency and the burden of the disease in Nigeria

By projectpinkblue
Posted February 1, 2017
In Latest News
Cancer Control agency and the burden of the disease in Nigeria2017-02-012017-02-01https://projectpinkblue.org/wp-content/uploads/2019/06/logo-project-pink-blue.pngStimulating Action Against Cancerhttps://projectpinkblue.org/wp-content/uploads/2017/02/Project-PINK-BLUE-World-Cancer-Day-2016-1140x560.jpg200px200px
0
Following the plan by the Federal Government to establish a National Agency for Cancer Control, a cancer control advocate, Runcie C.W. Chidebe, writes on the benefits to be derived vis-a-viz the plan by the National Assembly to establish a Cancer Research Centre, which he said Nigeria does not need at this point in time.
On November 18, 2015, the bill for Na­tional Centre for Cancer Research and Treat­ment (Establishment) was presented for second read­ing and referred to the Com­mittee on Health for legisla­tive action.
On the other hand, on April 11, 2016, the Chairman of Senate Committee on Health, Senator Olanrewaju A. Tejuo­so, invited stakeholders, in­cluding Non Governmen­tal Organisations (NGOs), Civil Society Organisations (CSOs), Community Based Organisations (CBOs) and other experts to a public hear­ing on the bill.
Several stakeholders were at the hearing and several can­cer related issues were raised including the dearth of treat­ment facilities in the country.
Few months ago, the Senate in its wisdom, passed the bill for the establishment of Na­tional Institute for Cancer Re­search and Treatment, which it believed, will provide a ho­listic national strategy for can­cer management.
The passage of the bill by the Senate is highly commend­able, considering that cancer has become what can be best described as a devastating na­tional health, economic and social burden.
By passing this bill into law, the 8th National Assembly un­der the leadership of Senator Bukola Saraki and Rt. Hon. Yakubu Dogara has shown its commitment to Nigeria’s healthcare.
However, the questions thus is: Do Nigerians need a research institute on cancer at this point in time? In a country, where only two Radiotherapy machines; one in Usman Dan­fodio Teaching Hospital, So­koto and the other in Nation­al Hospital Abuja are working, what should really be our pri­ority as a nation?
It is worrisome to note that cancer patients travel from Makurdi to Sokoto and from Yenegoa to Abuja for radiotherapy; and in most instances, when they arrive the facility, the Radiotherapy machine is not in good work­ing condition.
Sometimes, over 30 pa­tients are forced to wait on a queue for many days in or­der to have their condition checked in the radiotherapy. To say that it is frustrating for the family members of a pa­tient to struggle to raise mil­lions of naira for cancer treat­ment and they cannot have access to the treatment, is to under estimate the situation.
READ MORE: http://www.authorityngr.com/2016/10/Cancer-Control-agency-and-the-burden-of-the-disease-in-Nigeria/
Authority Newspaper, Cancer Agency in Nigeria, Cancer Control, Cancer in Nigeria, Project Pink Blue, Runcie Chidebe

While much of the information on Project PINK BLUE-Health & Psychological Trust Center® is from peer-reviewed research and medical sources, it is not intended to provide medical advice or treatment recommendations. For medical questions or concerns, please contact a health care provider.

Join our mailing list to get updates on our programs and opportunities to be part of something great.

We're not around right now. But you can send us an email and we'll get back to you, asap. 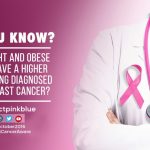 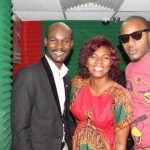