Prof. P.O. Ebigbo, Our Board Chair, Emerges the First Black African to be Elected into the International Council for Rehabilitation Of Torture Victims (ICRT)

By projectpinkblue
Posted February 1, 2017
In Latest News
Prof. P.O. Ebigbo, Our Board Chair, Emerges the First Black African to be Elected into the International Council for Rehabilitation Of Torture Victims (ICRT)2017-02-012017-02-01https://projectpinkblue.org/wp-content/uploads/2019/06/logo-project-pink-blue.pngStimulating Action Against Cancerhttps://projectpinkblue.org/wp-content/uploads/2017/02/Prof.-1140x519.jpeg200px200px
0
Prof. Peter Onyekwere Ebigbo, Professor Emeritus of the prestigious University of Nigeria, Nsukka (UNN), and Board Chairman, Project PINK BLUE – Health & Psychological Trust Centre, has been elected to serve on the International Council for Rehabilitation of Torture Victims in Copenhagen, Denmark. Prof. Ebigbo, who is the first black African to be elected as Independent Expert Member to work on the council, will serve from 2016 to 2019.
The International Rehabilitation Council for Torture Victims (IRCT) (www.irct.org ) an organisation consisting of 152 centres providing annual rehabilitation services to an estimated 100.000 victims of torture in 74 countries, has concluded its fifth General Assembly on 9 December 2016 with a Resolution, titled Mexico Consensus. In this consensus all members of the organisation demand that all countries comply with their obligations to prevent and prosecute torture, provide reparations to the victims, and increase the funding available to fulfil victims’ right to rehabilitation. Read More about IRCT Mexico Consensus (http://www.irct.org/media-and-resources/latest-news/article/897).
Due to Ebigbo’s numerous contributions to education and scholarship, UNN during its 45th convocation recently upgraded the erudite scholar to the revered academic status of Professor emeritus, barely three years after his retirement. He is the Board Chairman, Project PINK BLUE – Health & Psychological Trust Centre (www.projectpinkblue.org), a nonprofit that launched Nigeria’s First Patient Navigation programme and engaged in cancer awareness, screenings, support to women battling with cancer in Nigeria.
He was also the Deputy Vice-Chancellor, University of Nigeria, Enugu Campus; the international president of the African Network for the Prevention and Protection Against Child Abuse and Neglect (ANPPCAN); and current member of the governing council of Imo State University, Owerri; former member of the African Union Committee of Experts on Children. He was conferred with Nigeria’s highest award in medicine, NNOM, 16 years ago by the country’s former President Olusegun Obasanjo.
He is the current traditional ruler of Amaofuo community in Imo state, a crown he inherited after the death of his elder brother, Eze, Dr. Aloysius Ebigbo, a celebrated orthopaedic surgeon.
Board Chair, Ebigbo, International Rehabilitation Council for Torture Victims, Project Pink Blue, University of Nigeria

While much of the information on Project PINK BLUE-Health & Psychological Trust Center® is from peer-reviewed research and medical sources, it is not intended to provide medical advice or treatment recommendations. For medical questions or concerns, please contact a health care provider.

Join our mailing list to get updates on our programs and opportunities to be part of something great.

We're not around right now. But you can send us an email and we'll get back to you, asap. 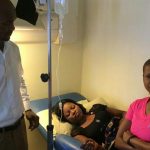 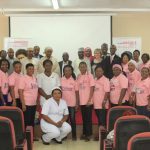